Sometimes it is obvious from birth that a new baby has CP, but in many cases it is not. The possibility may be anticipated because of problems in pregnancy or a preterm or difficult birth, or the suspicion may only arise when developmental milestones are missed. Even if a professional is suspicious of CP, that suspicion may not be communicated to parents. Unfortunately, unlike with other conditions, such as Down syndrome, there is no definitive test for CP.

Novak and colleagues (2017) noted that clinicians should understand the importance of prompt referral to diagnostic-specific early intervention in order to:

Parents’ chief criticisms of medical professionals responsible for diagnosis relate to unclear information and communication of a pessimistic outlook.

Diagnosis has been described as a process, not an event. There’s only so much parents can absorb in the first meeting, so subsequent follow-up is needed.

The term “cerebral palsy” first came into our lives when my son, Tommy, was about one year old. Until then it was a term I was vaguely familiar with but could not have explained.

Tommy missed developmental milestones and was initially described as “developmentally delayed.” Months passed, but no diagnosis was forthcoming. By his first birthday he was unable to sit without support or even hold a bottle. I decided to seek a second opinion from a pediatrician known to be a straight talker. On the day of the appointment, I collected our two older children from school. They remained in the waiting room, happy with the promise of a visit to the McDonalds next door after the appointment.

After the usual brief introductory pleasantries, the pediatrician examined Tommy. The conversation that followed went something like this:

Pediatrician: Do you not know what’s wrong with this child?

Pediatrician: (Matter-of-fact) He has cerebral palsy. And what’s more, if I want to know how this child will turn out, I don’t look at the child, I look at the mother.

Though this was certainly not what I had expected, nor what I wanted to hear, I felt a strange sense of relief after the months of uncertainty and worry. I appreciated knowing, and I appreciated the doctor’s straight-talking manner.

That day, three lively children and one dazed mother visited McDonalds. That day, I had no opinion on the matter, but 25 years later I definitely agree with the pediatrician: we parents are key influencers of outcome. That day, having received Tommy’s diagnosis, I wish I could have been given the book on the condition, that I later came to write.

Receiving the news that your beautiful child has CP is very tough for parents, who may then go through a grieving process. Looking back, I found that the diagnosis was almost a help after all the months of uncertainty. It galvanized me into immediate action to find out how I could best help my child. This was probably my way of coping with the news. Every parent will deal with the diagnosis in their own way, but I would encourage all parents to try to get as good an understanding of the condition as they can, as soon as they can. To that end my book may be helpful.

Looking back at photographs from Tommy’s first year, I can now see that the signs of his CP were obvious from very early on. In retrospect, I feel his diagnosis could have been made much earlier. Because he wasn’t diagnosed until he was a year old, intervention only started in earnest then. If a clinician suspects a child of having CP, I believe they should communicate this to the parents immediately. The possible harm done by delaying diagnosis, and therefore intervention, is to my mind greater than the possible harm done by raising a suspicion that later proves unwarranted. The only intervention the child is likely to receive during that period is physical therapy, which won’t do them any harm.

You may ask, why would a diagnosis be delayed? One reason is that a physician might not want to give parents this significant diagnosis until they are very sure that it is accurate.

What should a medical professional who is not responsible for diagnosis do if they strongly suspects a child in their care has CP? In my view, such a professional has a responsibility to communicate, without delay, with the person responsible for diagnosis. Likewise, if parents have any suspicion that their child may have a problem, they should communicate it to their physician as soon as possible.

I remember discussing diagnosis with a friend who made an interesting point: sometimes the parent would rather not hear bad news; having one foot out the door, so to speak, may be easiest for both the physician and the parent. But this doesn’t make sense—it just prolongs the anxiety and delays intervention while the clock is ticking.

I was happy to read in the literature about the recent shift toward earlier diagnosis. I was also heartened to read a paper by Graham and colleagues (2016) noting that mothers of children with CP who have previously had a typically developing child often sense that something is wrong at a very early stage. This paper advised professionals to take the concerns of an experienced parent seriously. I sensed that something was wrong when Tommy was just a day old. He cried so incessantly that by evening I asked if he could be checked by a pediatrician. I did not feel all was fine; his prolonged crying had an unusual pitch. The on-duty pediatrician came to see him and reassured me that all was well, and I accepted her reassurance. Years later, I remember gently suggesting to a close friend that she have her baby assessed because I felt he had a very unusual cry. My friend’s baby turned out to have a significant developmental problem.

When Tommy was very young, I read a short essay titled “Welcome to Holland.” It was written in 1987 by Emily Perl Kingsley, a writer on the TV series Sesame Street, about parenting her son, who was born with Down syndrome. She described it as going on vacation, but not to the expected destination. Though some people may find it overly sentimental, the essay resonates with me to this day. 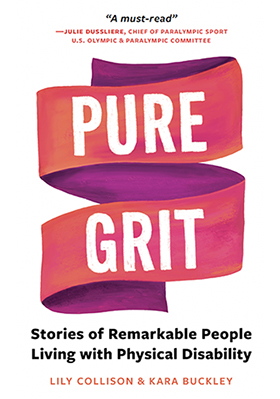 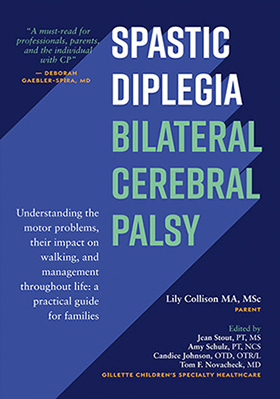