What is cerebral palsy (CP)?

Cerebral palsy (CP) was first described in 1861 by an English doctor, William Little, and for many years it was known as “Little’s disease.” Over the years there has been much discussion of the definition of CP, and different definitions have been adopted and later discarded. The most recently adopted definition, published in 2007, is as follows:

Cerebral palsy (CP) describes a group of permanent disorders of the development of movement and posture, causing activity limitation, that are attributed to non-progressive disturbances that occurred in the developing fetal or infant brain. The motor disorders of cerebral palsy are often accompanied by disturbances of sensation, perception, cognition, communication, and behavior, by epilepsy, and by secondary musculoskeletal problems .

The following table explains the terms used in this definition.

CP is a lifelong condition. There is currently no cure, nor is one imminent, but good management and treatment can help alleviate some or many of the effects of the brain injury. 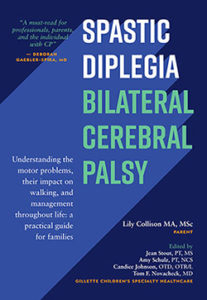